You can homeschool with confidence and joy! Learn how.

Let’s explore these questions and look at some practical ways to encourage critical thinking skills in our students.

What is critical thinking?

Critical thinking can be defined as:

a disciplined manner of thought that a person uses to assess the validity of something: a statement, news story, argument, research, etc. (quotation from Robert Ennis, and paraphrase of Barry Beyer)

Critical thinking is not developed overnight. It is a habit that must be cultivated. Developing critical thinking skills is a lifelong endeavor. We can strive to strengthen the habit of acquiring knowledge, rationally processing that knowledge, and using it to guide our behaviors.

Why do I need to think critically?

Critical thinking skills enable us to

The Wall Street Journal explored critical thinking and why we need it. Many employers are finding that recent graduates can memorize and regurgitate but cannot solve real-life problems. They do not want entry level employees who will challenge the systems in place and suggest changes but do want employees who can make smart decisions and eventually make suggestions for improvements as they advance in their career.

How do I teach critical thinking skills?

Narration is a natural way to teach critical thinking skills. It requires a child to

Narration should be required for all subjects, including math. You can read about evaluating your student’s learning through narration.

Asking questions with the Socratic method is another way to teach critical thinking skills. Instead of answering the hundreds of questions kids ask each day, turn the question back to him and let him ponder it for awhile. Give him additional information if he needs help. If the question is beyond his ability, it is okay to give him the answer. Working through questions in this manner will build his ability to think through problems logically. You can read about the six types of Socratic questions.

Analogies help us to form associations, see patterns, understand cause and effect, and make logical decisions. Here is what Charlotte Mason had to say in The Original Homeschooling Series, Volume 1, pg 151.

This is the sort of thing that the children should go through, more or less, in every lesson—a tracing of effect from cause, or of cause from effect; a comparing of things to find out wherein they are alike, and wherein they differ; a conclusion as to causes or consequences from certain premises.

There is a story from Archbishop Thompson in his Laws of Thought about a South American guide who suddenly stopped, pointed high into the air, and cried out “A lion!” How did he know there was a lion so far away when he could not even see the lion? He knew the habits of animals. He saw condors circling in the air. He knew that below the condors was a lion feasting on an animal. The condors were waiting for their turn. He did not need to see the lion to know he was there because he knew from experience and from his knowledge of animal behavior that one event (circling condors) led to another (a lion feasting).

The scientific method encourages critical thinking as you ask a question, hypothesize a solution, and perform tests to see if that hypothesis is valid. It is one of the main reasons we participate in science fairs. 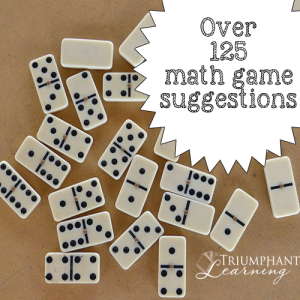